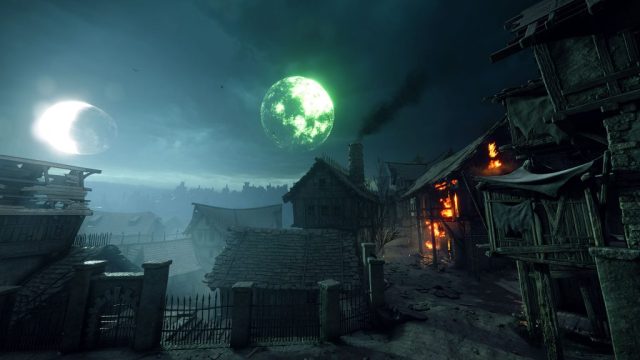 So, after a long and disgusting night in the sewers, the team get washed in the river and head to the Journeys End to get their heads down. After a well deserved lie in, they head down for breakfast and are surprised to learn that the Inn expenses are not being covered by the town council as expected. The innkeeper explains that since the goblin had been killed in a warehouse on the other side of town, they had failed in their task and therefore their expenses had not been covered. Baffled by this information (as they had recovered the 3 pocketed pelvis from the temple) they finish up breakfast and decide to go speak to magistrate Richter about what had happened.

The second day of the Schaffenfest is in full swing as they made their way to the festival courts, trying to avoid any sort of drama at all.
At the court they are told Richter is presiding over a case and they should come back 15 mins later. They decide to hang about in the vicinity and wait. During this time Rowlocks spots a young thief attempting to loosen a nobles purse. He gives the noble the heads up, the thief runs and the noble continues his chat with friends.
Gnoblar, for the first time since coming to Bogenhafen, hears what appears to be genuine sales patter from one of the herbalist/tonic stall. Intrigued, he heads over for a chat. His natural charisma and sociability skills kick in and he strikes up a good rapport with the stall owner. She informs him that if he should seek to expand his career into pharmacy he should seek her out in Weissbruck, he thanks her and the squad head back to the court.

They are shown in to see Richter who commiserates them on their failure and thanks them for their efforts explaining that the goblin was killed in a warehouse in the Ostendamm shortly after they entered the sewers. Concluding this to be lies, our party immediately distrust Richter and decide to not tell him the full story or show him the Pelvis. They push him for further details and he gives them the address of the warehouse where the goblin was killed and they leave.

Next port of call is to see Doctor Malhusius at the freak show. He greets them warmly and they enter his trailer for brandy and tobacco. Initially he doesnt believe our party’s story, but after seeing the pelvis, they start to piece together the parts. The authorities wont release the body to the doc, because they dont have one, there is some kind of cover up. The doc is distraught at the thought of the demon infested underground temple but is reluctant to put himself in danger, although he wants to help. They press him further, he suggests maybe speaking to the thieves guild or having a look in the library at the temple of Verena. The guys persuade the doc to let them keep the pelvis, they reassure him that they will return it and leave.

An in depth discussion is required and our heros try to piece together the information they have. A whole host of leads, ideas and opportunities present themselves and our party decide to try and trace overland their steps in the sewers to locate the building which would be above the temple.
After some confusion, Wandy pinpoints the Steinhager offices as the place. Rowlocks suggests that he stakes out the building while the rest of the team head to the temple library.

At the temple, Werner, Gnoblar and Wandy have a good chat with Greta who runs the temple. Greta, having lived in Bogenhafen all her life, proves to be a great source of information. They learn of the merchant families of the town, connect the warning of the red rose from the fortune teller to House Teugan, learn that the ordo septenaruis is a secret society to do with the merchants guild and that Franz Steinhager matches the initials seen on the hanky in the temple. The plot thickens as they realise the connections with the steinhager offices being above the temple. Werner concludes that the founding of the ordo timeline matches Johannes Teugans return from Nuln and his take over of the House Teugan.

Rowlocks continues his stakeout of the offices and sees various merchants come and go.

After retrieving further details from Greta, Wandy and Gnoblar decide to conduct further research in the temple library and as Werner cant read, he heads off to see what Rowlocks is doing.

Rowlocks and Werner take up the Thieves guild lead and head to the general area they presume is above the secret entrance they found in the sewers. Werner guesses that it will be a pub and they spot the Crossed Lance’s tavern and head in. Their suspicions are confirmed when they see their “friend” who they met the other day at the bar. They discover that gold helps loosen the lips of the barman and he provides information that confirms their suspicions about the temple and the goings on over the last 6 months, many more connections are made and the pieces of the jigsaw begin to slot together. The lads have a pint then head back to the temple to see how the others got on.
The chaos moon, Morrsleib, has been acting bizarrely over the last few days and the academics find info in the library relating the unnatural events of chaos and the coming of the great mutator. They also find suspicious accounts of the death of Johannes Teugans brother and him having received the mark of chaos.

Now evening time, our heros decide to call it a night and pick up their investigations the next day. At the last minute Gnoblar suggests that they break into the Steinhager offices under the cover of darkness and see what they can find.

Our party waits till midnight, get in the mindset of burglars and head to the offices. Wandy magically unlocks the outside door and they sneak in. Inside the courtyard they are immediately set upon by a guard dog who the pacify and befriend with food. They then begin a thorough search of the offices. Behind the first door they find a sleeping man in bed. They do not wake him, quietly close the door and place Werner outside to make sure he doesnt wake up and the others continue their search. After finding not much in most of the place they find the head office and begin to turn it over big time. They find in the desk drawer a note from Teugans, details of warehouses and links to the ordo septenarius. Rowlocks, not being happy with finding just that, takes the desk to pieces. Behind the draw, hidden at the back they find a leather bound book with the name of Teugan on the front. Wandys skill at reading arcana concludes that it is a spell book and he takes it. Even though they have broken the drawer, they carefully place everything back, and continue the search of the room. Behind one of the wooden panels they find a secret hidden door. They conclude that this is the secret door to the hidden temple.