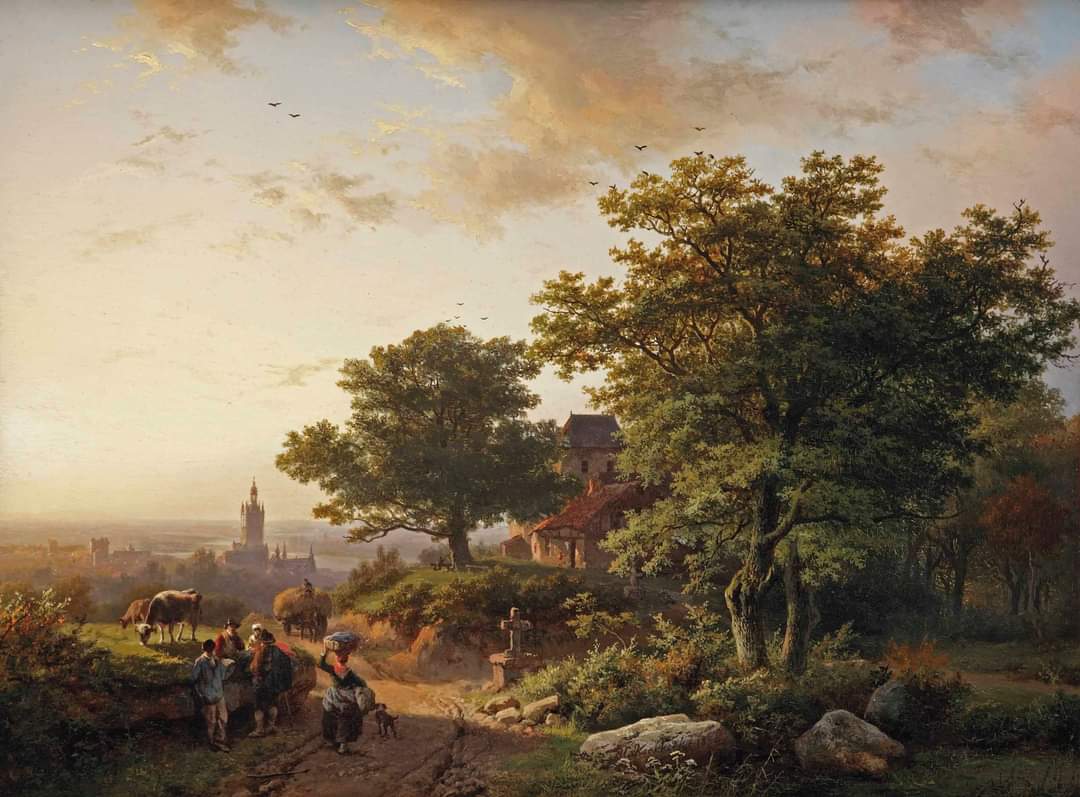 After entering the inn and talking to the innkeeper Gustav, our new friends settle down for a hearty meal and a few drinks. Werner, keen to secure passage to Altdorf, tries to talk to the coachmen, Gunner and Hutlz, who are outrageously drunk. He negotiates a price whilst Wandy speaks to a guy with his head buried in a book. It is clear he doesnt want to chat and Wandy leaves him to it.

After some suspicious eyeing from the bar, the guys are approached by a foppish gentleman called Phillipe, who buys them a round of drinks and offers them a game of cards to pass the time.
Gnoblar calls ‘hustle’ and an arguement breaks out, with calls of ‘cheat’. Phillipe, offended by this notion, leaves the group, but Werner wants to smash his face in. Bad blood ensues.

After offending the noble lady and entourage at the next table, our group finishes their drinks and retires for the evening.

So, after an entertaining evening in the inn, and a slow start to the journey (having had to drag the coachmen out of bed and even drive the coach for them), our band of friends finally hit the road, with our heroes riding on the top.

Werner, who is driving the coach with the coachmen fast asleep loses control on a bend, the coach tips and slams down in its side, injuring those riding on top and the wheel coming off. All passengers have to band together to lift the coach while Gunner puts the wheel back on.

Upon reaching a secluded part of the forested road the coach is met by a grisly sight. Feasting on the dead body of a four seasons coachman is a gruesome beast, and someone who Wandy thinks he recognizes from Delberz.

The horses bolt dragging Hultz with them off into the forest and Rolf, the mutant, charges the coach. He leaps up and goes for Gunnar. Without a thought for his own safety, Johann draws his sword and tries to defend Gunnar who falls off the top of the coach. Johann cuts down the mutant saving the passengers and his body slumps to the floor. Gunnar is heavily wounded and Hultz is missing as the party take stock.

Screams are heard from round the bend and something rushes from the undergrowth. Everyone braces and aims their weapons, but at the last minute they realise its Hultz.

Inside the coach the noble passengers are terrified and are being calmed by Phillipe as horrifying bestial roars are heard round the bend.

With the coachmen injured and the passengers afraid, our party creeps up the undergrowth to take a peek.
Johann stealths through the trees and is greeted by a horrific sight of a Four Seasons coach which has been brutally attacked by a band of beast men. A plan is required.

Johann sneaks round the back of the beastmen while the others begin attacking them from afar with sling bullets and arrows. The beastmen attack!
A battle ensues as the beastmen rush the party. Gnoblar scores a direct headshot and drops one of them as Werner meets them head on.
Gnoblar continues to fire as Werner battles on multiple fronts. One of the mutants looks confused as Johann dives out of the bushes and runs the beastman champion through from behind with his sword. Wandy rushes out bravely with his dagger and manages to strike one of the beastmen – it does no damage and now looks annoyed.

The beastmen, seeing their numbers start to fall and the tide of battle turning feel their morale falter. Johann joins the fray and now they begin to overpower their enemies. They cut them down and the remaining beasts flee.

After the battle with the mutant beastmen, our heroes find themselves standing over the body of someone who bears an uncanny resemblance to Werner, they have found a letter of inheritance about his person. Looks just like Werner you say? Inheritance to collect you say? A dastardly plan is forming…

Phillipe, the ladies and book dude remain round the corner at the coach, one of the coachman is hurt, the other is freaked out. As the party are wondering what to do next they hear the distant sound of horses approaching from round the bend..

Road wardens arrive and the team, battered and bleeding, with bodies strewn around, begin to explain as best they can. Once their story is corroborated by the other coach passengers they are once again on their way