Off to see the wizard! 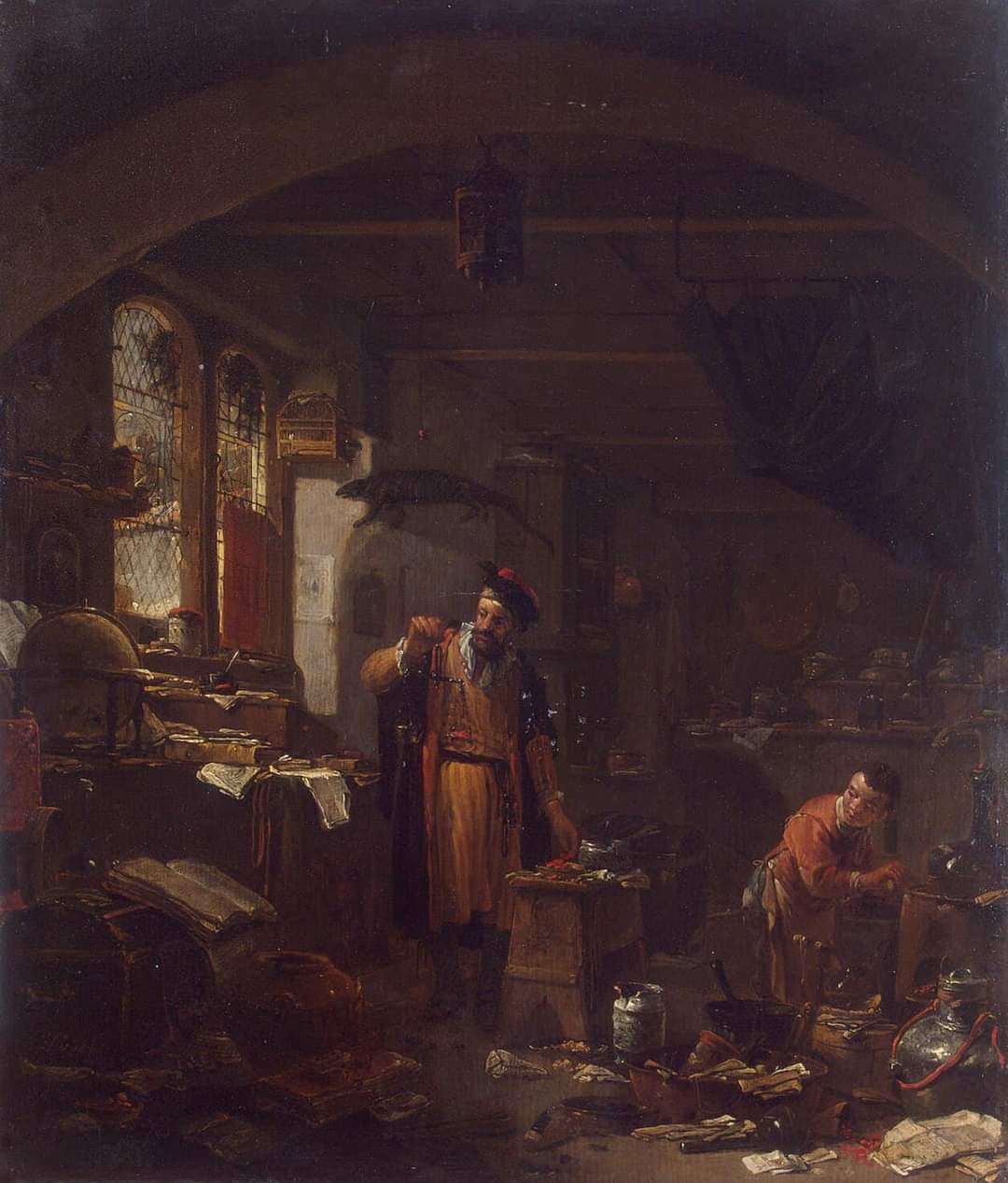 The weeks rest while they wait for Gnoblar turns into two, after Gnoblar calls in a favour from Elvyra to have a word with the local Physician. After handing over some cold, hard gold, Gnoblar begins a weeks intensive training with the local doc while everyone else continues to take it easy on the barge.
Once Gnoblar completes his studies, he returns to the Jolly Nobber, loaded up with books to continue his academic pursuits. The crew get ready and begin to sail up the Wiessbruck canal and on to Altdorf.

When nearing the capital, Reni pulls Rowlocks to one side. On the side of the river, stuck to a tree next to a busy road, is a wanted poster and it looks like it’s got Rowlocks and Wandys face on it.
Rowlocks and Wandy dive under deck and Reni wants to know why 2 people, who look just like her new found friends, are wanted in connection with a murder of a noble. The guys explain the events from a few weeks ago, more or less as it happens and, although slightly puzzled Reni gives them the benefit of the doubt.

The Jolly Nobber continues its course into the metropolis when they see the river patrol heading their way.
Spooked by the posters, Wandy and Rowlocks head into the hold and hide amongst the sacks of wool.
The river sergeant shouts “standard inspection, prepare to board!” As Werner, Reni and Gnoblar try to look as inconspicuous as possible.
They are questioned about their cargo, destination and purpose, and after a series of stutters, pauses and general unconvincing statements from Gnoblar and Werner the river patrol sergeant orders the boat to be turned over.
Having stated that there was no one else on board the river patrol are amazed to find two dodgy looking characters hiding in the store rooms and they are quickly frog marched onto the deck.
During the garbled explanation Werner decides to send some the wierd gestures hes been experiencing towards the river patrol boss. The sergeant stares at Werner for a period of time.
“Right, what shall we do with them boss, they’re liars! Put em on our boat and impound the barge?”
The sergeant takes a moment..
“Come on lads, let’s not keep these good folk any longer weve wasted enough of their time.”
The river patrol subordinates all look confused, they look at the Wanted Rowlocks and Wandy, look at the sergeant.
“But…but…”
“Sorry to keep you, enjoy Altdorf, get off the boat lads, weve got inspections to carry out!”
And with that, the sergeant forces the rest of the patrol off the barge, gives a little wave and they apologise and carry on their way.

Rowlocks and Wandy keep their heads down as they steer the barge into Altdorf and head to the short stay dock near the main plaza.
The bustling wharf is a hive of activity and as soon as they pull up they are approached by one of the riverside traders, Herr Hohenzoll who immediately enquires about their cargo. After an inspection, he offers to take their 75 sacks of wool for a nice tidy sum of 950 gold. Completely stunned at this amount, the group are taken aback! Gnoblar, at this point, begins to haggle and they finish at 1000 for the lot. The local labourers begin to unload the cargo as the gang split the cash and cant quite believe their luck!
Next – shopping!

Werner and Gnoblar head into the main shopping market with the intention of buying supplies with their new found wealth and also some shady hooded cloaks for Wandy and Rowlocks who remain hidden on the Nobber.
Gnoblar gets the medical tools, vials and beakers required for his new professions and some bits and bobs while Werner loads up on arrows, bolts and other supplies and they head back to the barge with the intent of leaving Altdorf as quickly as possible. They jump back on the Jolly Nobber, unload the supplies and they’re off once more, homeward bound.

The weathers not too bad and the gang sail quite happily towards Delberz taking the river Talabec out of Altdorf. Theres some general river traffic, the odd barge and fishing boat, occasional running.mage for herbs on the riverside, but generally it’s easy going.
About a day out of Delberz and just when mooring up for the night they are hailed by a small trader asking for a favour.
The guy doesnt have time to make his drops and he asks them to take a small crate to the pub in Delberz for a delivery, 25 gold now and 25 on delivery. The guys decide to help him out, take the crate and bid him farewell and settle down for the evening.

The next morning, as they head into Delberz they see their friend from the previous night. His boat is being ransacked by the river patrol, hes being questioned as he tries not to look at the Jolly Nobber as it breezes past.

They hook the boat up at the docks and without further ado, head with Wandy to go see his master Heironymous while Reni heads into town to get some bits.

The team approach Heironymous’ ramshackled house on the outskirts of town and find the gates swing open as they approach.
A knock at the door brings Hans-Peter Schiller (Heironymous’ other apprentice) to greet the visitors. He seems slightly surprised but not overjoyed to see Wandy return with his new friends. With a hint of begruding flavoured with jealousy he shows the party through to the master wizards study.
Heironymous is very happy to see his favourite student return with his new found mates and immediately gets Hans-Peter to bring drinks and snacks as he insists that Wandy tells him all about his adventures since he has been gone.

They smoke pipes, drink brandy as they tell all to Heironymous about all that has happened. The mutants, Kastor Leiberung, events in Altdorf, bounty hunter at Weissbruck, and Bogenhafen while the whole time Heironymous tinkers with a cuckoo clock. As soon as talk of demons and chaos moon occurs, he stops and listens intently, his expression of his face turns stern. They describe the events in great detail, all about Teugan, Gideon, the town and the rituals. They hand Heironymous the evidence they have collected and eventually give him the letter that Magirius gave them prior to his murder, which he studies closely.
It is from Etelka Herzen. The wizard knows of this woman, foul sorcerer, agent of chaos and dabbler in the dark arts. This is serious, she has enabled the events of Bogenhafen, and god knows what would have happened if the ritual had not been stopped by our heroes.
These are grave events, Heironymous is particularly disturbed by the movements of Morslieb the chaos moon, Etelka Herzen must be stopped.
Heironymous implores the group to go after her and see what she is doing and stop her, they have an address from the letter saying it was posted from Grissenwald, nearly 300 miles away up the mighty Reik river.
Discussions continue into the evening and they agree to seek out the doer of evil.

Over the next three weeks, Wandy trains intensively with his mentor honing his skills. Although he does find some of this tricky, he makes the grade and leaves Heironymous a fully fledged wizard, ready to head out into the world and seek more experience.
The guys also drop off the crate (without looking in it) they are to deliver to the local inn and collect their 25 gold for delivery.
Gnoblar and Werner spend the downtime at Werner’s mum and dads Inn in Mittlemund just outside Delberz, Reni and Elvis chill on the barge while Reni does some peddling while Rowlocks visits old friends and goes to his favourite local pubs. Werner also uses his carpentry skills to fix a secret wall section in the boat for sneaky storage purposes.

With everyone sorted, the boat in good form and loaded with supplies the party set off on their journey south, down the Reik towards Grissenwald to find that bitch Etelka.

They sail down the Talabec to Altdorf, head swiftly through the capital, but as they pass the main square they see a familiar face. Sat in a four seasons coach, ready to pull off is the guy with the book from the Coach and Horses from many weeks ago. He spots them, as they do him, he promptly buries his head in his book and bangs the side of the coach in an attempt to get the drivers to leave.

The Jolly Nobber and crew sail on, and take the mighty Reik river south out of Altdorf as it cuts through the Great Forest and Reikwald forest. Rowlocks is in his element in the command of a barge down one of the Empires most famous and biggest waterways. The Reik is longest river in the Old World stretching for 750 miles from its source in the Black Mountains to the sea at Marienburg. The Reik and its tributaries are the arteries of the empire, flowing through dark forests to link it’s great cities.

Traffic is light and the weather is cold and rainy as they spend a few days travelling south, but they do speak to the odd fisherman and traders about local news and rumours.

After a few days travel they pass Castle Reikguard one morning, the home of the crown prince Wolfgang, the emperors chosen heir. The castle looks foreboding on the cliffs as it bristles with bombards and the glints of light reflecting from suits or armor. The Jolly Nobber sails past as the party take in the scene.

Session 10 A Night of Blood

Session 9 Where Aynjulls fear to tread

Session 7 All aboard the Jolly Nobber