All aboard the Jolly Nobber 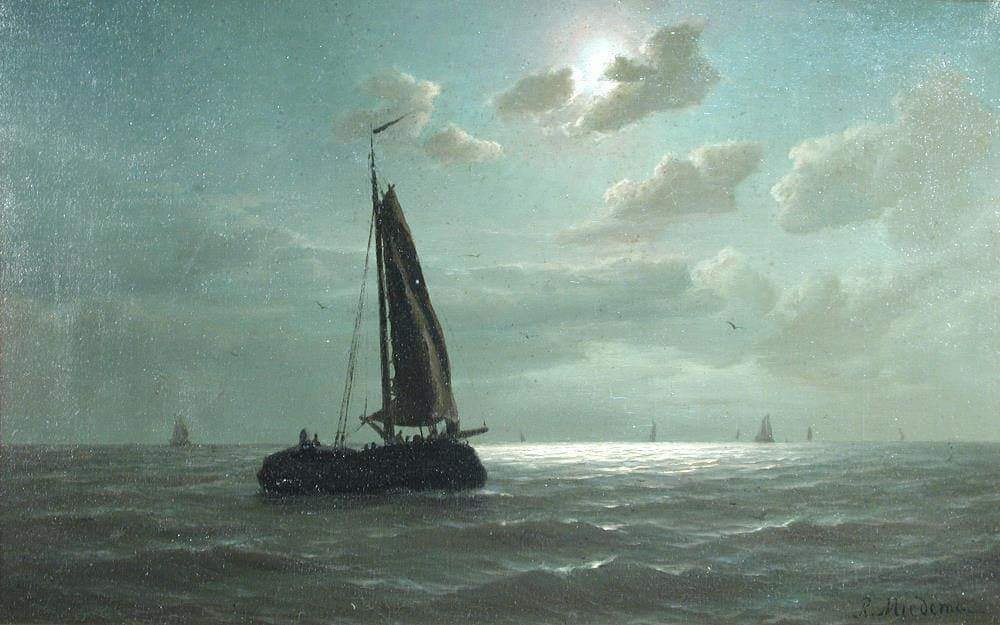 The birds tweet, the water ripples and the sun shines on a nice spring day on the river Bogen. Rowlocks, Werner, Gnoblar, Wandy, Renate and Elvis all sit on the deck of the trade barge, exhausted, bleeding and traumatised. It’s been a long few days.

After a short getting-to-know-you chat with Renate and a reflection on the events on the barge they all agree that it’s a good idea to let Renate travel with them, for a bit at least.

Rowlocks needs some serious medical attention for his demon gash on his arm. Being still a day away from Weissbruck, Gnoblar offers to put Rowlocks out for 24 hours using his last dose of Tarrabeth, which, although it wont completely heal him, should do the trick and reduce the need for doctor. Rowlocks goes off to his cabin for a big sleep and the others have some downtime.

They sink the two rowing boats, and set about cleaning up and sorting out the boat. Gnoblar and Renate hop off and head into the forest in an attempt to restock some of Gnoblars dwindling herb stash. Werner, whose been rowing through the night, takes to a bed in a cabin absolutely shattered. Wandy sits in the sunshine on the deck with Elvis at his feet and begins to study Teugan’s spellbook.

Later that day, Gnoblar and Renate return, having been reasonably lucky and Renate sets about saying thank you to the guys by generally being helpful, washing and darning their clothes and cooking some dinner.
The following day, Rowlocks wakes up feeling a lot better and they sail the barge towards Weissbruck.

They pull up at Weissbruck with the plan of Gnoblar, and his bodyguard Werner, heading into town and see if they can find Elvyra. Gnoblar had hit it off with Elvyyra at the Schaffenfest, and she had offered to teach him the ways of pharmacy if he was ever passing through. The rest of the gang remain on the boat.

They are immediately accosted by a pair of street peddlers keen to show them the benefits of their wares. Whilst one is sales pitching Gnoblar, the other begins to surreptitiously signal Werner in a weird manner. Werner is confused. After some deliberation, Werner repeats the symbols back to the peddler, who nudges his mate and begins to quickly leave, but before they do, he outstretches his hand to Werner. They shake hands and they disappear into the crowd.

Werner and Gnoblar then set off to Elvyras.
On the way, Werner notices his palm is now purple, which adds to his confusion.

Gnoblar climbs through the window and Werner stands outside the house on guard. Gnoblar searches the trashed parlour and just sees a slip of paper, which he reads. It says – bring the goods to the red barn at midnight. He continues the search and opens the door to the also trashed kitchen.
Nothings getting past Gnoblar today and his ultra keen senses pick up a draft coming from behind a cupboard. He shifts the cupboard out the way, which is not easy for a halfling, and a hidden door is revealed. Narrow stairs lead down into the darkness of a cellar. Something makes him jump! A quick flash of movement is seen before it moves off into the darkness.

Luckily, Gnoblars brought his torch! He sparks it up and descends into the cellar, narrowly dodging a missing step.
In the depths of the cellar, Gnoblar is surprised to see a small scruffy girl cowering in the corner.
Being a friendly chap, he calls out, trying to reassure the girl that hes a friend and here to help – shes not having it. He tries again, stating he’s friends with Elvyra but the girl doesnt want to know.
As Gnoblar moves round to slowly see what’s in the basement the girl bolts for the stairs! In a split second Gnoblar drops the torch and grabs the young girl round the waist. She bites him and struggles like fuck, but Gnoblar holds on gently reassuring her that it’s alright.

After a while she calms down and opens up. Elvyras been arguing with some people, there was noise and shouting, then she was gone. The girls called Liza and Gnoblar and Werner dont know what to do with her. They decide to head back to the town centre and the boat and drop her off with the town watch.
A change of plan occurs and they take Liza to the boat, where Renate comforts her as they get the squad together to think about a rescue.

Rowlocks, Wandy, Gnoblar and Werner leave the boat, but being the highly suspicious types, and only having just met Renate, Wandy places one of his newly learnt magic alarms on the rope that’s attaching their newly named barge ‘The Jolly Nobber’ to the wharf.

They head to the market where Werner buys some carpentry tools he needs to do some repairs to the boat, and some new snazzy gloves that he needs to hide his purple hand.

He doesnt wear the gloves or attempt to wash off the purple and they ask about Elvyra and a red barn, but they dont get very far and no one really helps.

Fresh out of ideas they initiate their favourite plan of ’let’s go to the pub’ and they head to the Happy Man for a pint and some food.
Following some stew and beers they get talking to the innkeeper who directs them to Otto the potman. After financially assisting him with his diet, his lips loosen and he gives them some info about a red barn. Werner tries further bribery about his purple hand, and although he doesnt get anywhere he learns about 3 blokes who were at the pub last night with a wheelbarrow and a large trunk. They conclude that these guys stuffed Elvyra in the trunk.

The boys find the dilapidated barn and hide in the bushes.
Rowlocks stealths through the undergrowth and does a lap of the building. He sees a man, asleep on a chair with half a chicken and bacon sandwich in his hand, but nothing else inside of note. At the back of the barn there are big doors on the first floor. A plan forms and Rowlocks and Werner head to the back doors as Gnoblar and Wandy wait in the bushes.

As quietly as possible, Werner boosts Rowlocks up to the first floor and Rowlocks opens the door.
Inside two rough looking blokes spin round and are surprised to see the ranger jumping into the room. Rowlocks draws his trusty sword and launches at the closest one cutting him deep in the side!
He then sees Elvyra bound and gagged on a chair in the corner of the hay loft.
The two thugs strike back at Rowlocks. He manages to dodge one blow but is crunched badly on his bad arm by the other. Elvyra starts to rock around on her chair as Werner uses his expert climbing skills to jump into the loft.

Wandy and Gnoblar hear the sounds of combat and decide to head into the barn via the main doors where they run into the newly awakened sentry. Wandy tries to hit him with a sleep spell but misses the touch. The sentry whacks Wandy in the chest with his club but the blow is fortunately absorbed by his freshly donned leather jerkin.
On the other side of the barn. Werner runs round the back of the two kidnappers and slams one in the arm with his axe.
Rowlocks, annoyed at being hit in his arm again thrusts his sword at the already wounded thug. It punctures his belly and he drops to the floor. Werner attacks again at the thug and floors him with a blow to the knee. He then sprints off to Wandy and Gnoblar, shield and axe in hand.

Now surrounded, the sleepy guard bottles it and makes for the door. As he turns his back, Werner cuts him down.
Gnoblar rushes to see Elvyra and shes never been so happy to see a casual acquaintance before in her life and hugs are thrown about. With Elvyra keen to be reunited with Liza they leave the barn. All except Werner.

Darkness descends as Werner gets the 3 dying men and lines them up all next to each other and cues his axe. He brings the blade down and after a few swings chops off all their heads. The beheaded corpses are rolled out in the hay, covered over and he rejoins the others.

Back at the Jolly Nobber, spirits are high as Elvyra and Liza are reunited and the gang celebrate their successful rescue mission.
Over the next week, Gnoblar gains a crash course in Pharmaceutical matters as the rest of the party relax on the boat, go to the pub and do general maintenance. Wandy returns to reading through Teugans spellbook and stroking his dog.

Session 9 Where Aynjulls fear to tread

Session 8 Off to see the wizard!